The Little Pink Pill: About Time or Sexual Mirage? 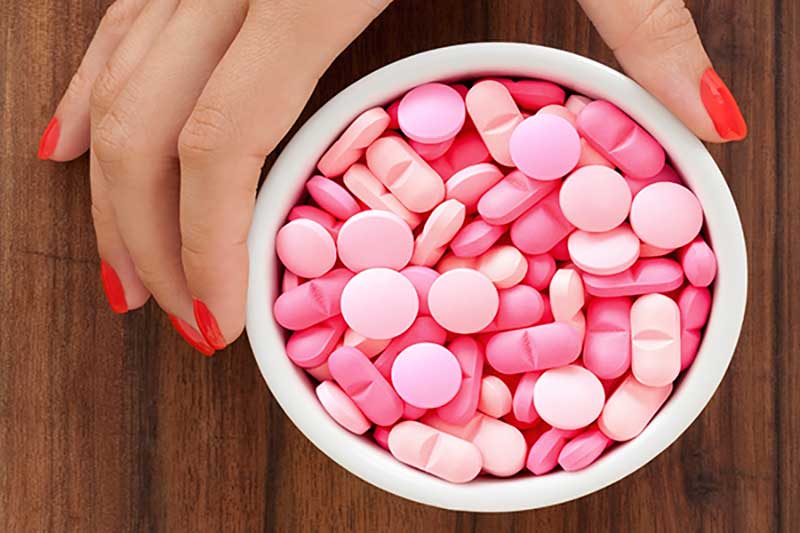 Next week the FDA will likely approve Flibanserin, also known as the Female Viagra. If approved, this will be the first-ever FDA drug to treat low libido in women, officially called Hypoactive Sexual Desire Disorder (HSDD). Flibanserin has a checkered past and provokes intense debate around equality, sexism, female sexual response, and “Big Pharma.”

Like Viagra did for Pfizer when it was FDA-approved in March 1998, this drug could quickly generate billions of dollars for North Carolina-based Sprout Pharmaceuticals. It could also be a game-changer for millions of women genuinely longing to get back in the sexual game. Why is this drug so controversial? Here’s what you need to know.

This is Not Flibanserin’s First Rodeo

Flibanserin was rejected twice already by the FDA (once in 2010 and again in 2013) due to negative side effects and only modest efficacy. Many women were outraged by these rejections, citing sexism as the source. Many ladies feel “gypped” by the medical and pharmaceutical industries because virtually all sexual enhancement drugs have been created for men, suggesting that female sexual health and satisfaction is less important.

Many see the pending approval of Flibanserin as progress toward acknowledging that female sexuality is just as important as male sexuality.

It is finally the woman’s “turn” to enjoy sex and reclaim her sensuality.

As men have more than 20 options when it comes to achieving and maintaining erections, women are demanding that the medical and pharmaceutical industries finally address their needs.

After the second rejection in 2013, the FDA stuck to its guns and stated that the lack of approval was based strictly on risk-benefit analysis and had nothing to do with sexism or gender bias. The FDA further identified female sexual dysfunction as one of its top 20 areas of “high priority” and “focused attention.” Some women, who identify themselves as feminists, applauded the FDA for not buckling to the pressure of big pharma; and maintaining safety as priority number one.

The tides they are-a-changin’. On June 4th  2015, an FDA-appointed advisory committee recommended approval of the drug in its 308 page report. The FDA’s controversial final decision will be made on or before August 18th, 2015.

The side effects and modest clinical success have not dampened excitement about the impending approval. A recent survey conducted by Treato.com of 700 users revealed that 80 percent of female survey participants would be willing to take a daily pill to improve low sex drive.  No doubt, droves of women will be at the drug store with script in hand as soon as this drug is approved.

Although many women feel it’s about time the historically male-dominated pharmaceutical industry wake up and smell the sexual needs of women, not all women are celebrating.

Opponents of the drug see it as a classic ploy to first create a problem, then sell a solution, thereby convincing women they are “sick” if they do not maintain an external (typically male) standard of sexual interest.

Dr. Adriane Fugh-Berman, Director of Georgetown University’s Medical Center’s research project “PharmedOut”, is one opponent of the drug who believes women are being unduly pathologized by the sexual medicine industry. She appropriately reminds us that sexual desire naturally fluctuates throughout life and says it is inaccurate (and damaging) to call that a “disease.” She and many others believe the hard push for approval puts profit above safety and perpetuates the damaging rhetoric that “medicalizes” sexual function.

In a compelling article published in The Washington Post (just after the FDA advisory committee recommended to approve Flibanserin on June 4th), Cindy Pearson, executive director of the National Women’s Health Network, wrote that “women get hurt when companies exaggerate [medical] conditions to promote use of their drugs.” She believes that the side effect profile and marginal clinical success is grounds for another rejection.

However, the FDA typically follows the recommendations of its advisory committees. Forbes Magazine reported that between 2007 and 2010 (on a total of 120 votes) the FDA followed the committees’ advice 74% of the time. So guess what folks? Flibanserin is likely to be approved. I guess the third time really is the charm.

It’s Not A Panacea

When Viagra was FDA-approved to treat ED in 1998, my colleagues and I worried that our role as sex therapists would become obsolete. If men could count on rock-hard erections, why would they need our help?

Good erections don’t fix bad relationships. Even though Viagra works 65-80% of the time, the discontinuance rate is as high as 50 % in some studies. That’s because if you ignore the psycho-emotional dynamics of sex, medically-induced erections will only go so far. And for women, non-sexual dynamics play an even bigger role in the motivation to be sexual.

And even if it works (which is iffy given that reports of efficacy range from only 10% to 50%) the side effects may be intolerable. The potential side effects include sedation, dizziness, nausea, fatigue, insomnia, dry mouth, anxiety, serotonin syndrome, low blood pressure, and abnormal bleeding from the uterus. Alcohol consumption significantly increases risk of certain side effects. According to an article by Mara Schiavocampo and colleagues from ABC News, 15% of women in the clinical trials dropped out solely due to side effects.

I’ve been treating women with low (or altogether absent) sex drive for 23 years. The impact of this on their sexual self esteem, sense of femininity, and overall well being is considerable. The havoc that low libido wreaks on relationships can be profound, leading to chronic tension, infidelity, and divorce. Every woman deserves positive sexual experiences. Is Flibanserin the answer? Is this little pink pill progress, propaganda, or profit? I can make an argument for each. You’ll have to decide for yourself.